One of the most promising ways to eliminate social, economic and racial gaps in educational achievement is to stop them before they happen.  A recent Madison Education Partnership (MEP) report shows the Madison Metropolitan School District (MMSD) may be doing just that through its four-year-old kindergarten (4K) program.

In the second research study from MEP, researchers set out to learn more about the association between 4K enrollment and the literacy and behavioral skills of students entering kindergarten in MMSD.  Nearly three-quarters of the district’s kindergarten students attend 4K, which began morning and afternoon half-day sessions seven years ago.

This report from the research-practice partnership between the University of Wisconsin–Madison School of Education’s Wisconsin Center for Education Research and MMSD finds that, overall, students who enrolled in MMSD 4K experienced slightly stronger literacy skills and slightly higher teacher ratings of engaging in consistently high classroom effort in kindergarten.

The researchers note that MMSD’s 4K students of color, as well as those from families with lower incomes and those whose parents ended their formal education at high school, show significantly stronger literacy skills at the beginning of five-year-old kindergarten than similar students who did not enroll in 4K.  Findings from this report highlight MMSD’s 4K as an effective equity strategy.

”We were excited to see that 4K participation seems to support many of the students who need it most,” states Beth Vaade, co-director of MEP and MMSD qualitative research supervisor. “This report shows where the district is having success, but also highlights the potential of the 4K program to be even more impactful than it is now.” 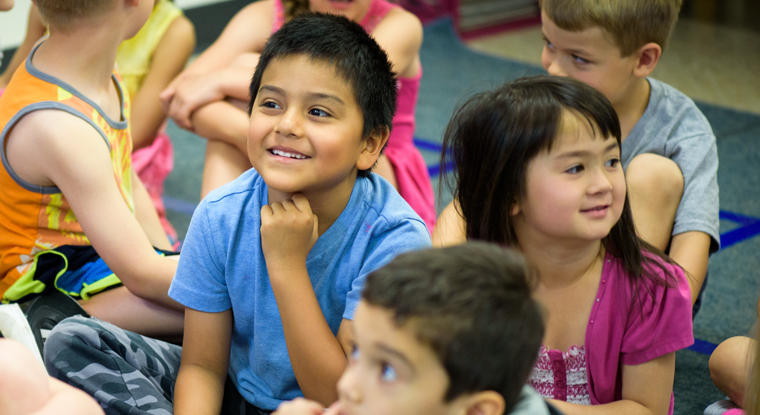 “The difference in time that kids spend in these programs is surely part of the story,” according to Eric Grodsky, co-director of MEP, lead author of the report and a professor of sociology and educational policy studies at UW–Madison. “However, other factors are probably also contributing to these patterns. Exploring what is driving these results would be a good next step for the district.”

The report concludes with recommendations for continued improvement of the MMSD 4K program, including that the district define and measure school readiness, develop a public vision and goals for 4K, gather detailed data on how curriculum, teaching and organization affect 4K program achievement, and learn from MPS and other promising 4K programs.

“Early education is a crucial part of closing gaps in opportunity that lead to gaps in achievement. We are pleased that four-year-old kindergarten is having an impact for those who need it most,” states Superintendent Jennifer Cheatham. “The recommendations confirm the work we are doing and point us to important ways to make the program even stronger.”

The Madison Education Partnership is a research-practice partnership between the UW–Madison School of Education’s Wisconsin Center for Education Research and the Madison Metropolitan School District.  Its collaborative mission is to engage in and support high-quality, problem-based research, contribute to policy discussions based on its research and regularly share new knowledge to improve the experiences and individual outcomes for all district students.

The partnership engages UW–Madison researchers and faculty; district administration, teachers and staff; as well as stakeholders from the broader Madison community to support the development and use of high-quality, relevant and timely research.