To get started, iPlan players use Google Maps to model any selected region, divided into around 200 parcels labeled by land use.

UW–Madison researchers teamed with New England conservation nonprofit Mass Audubon to create an online learning game that lets players model how different zoning choices would affect the environment, jobs, housing and other real-world factors for any location in the contiguous U.S.

Built using a variety of state and federal data sets, the free game, known as iPlan, lets players simulate different land-use scenarios and see the changing effects on their community.

“One of the key things that people learn when they use iPlan is that there are trade-offs across different outcomes,” lead game developer Andrew Ruis says. “For example, you can lower greenhouse gas emissions to fight climate change, but without innovation, most of the ways to do that also reduce housing or jobs or commercial activity.”

Ruis is associate director for research at Epistemic Analytics, a lab within the School of Education’s Wisconsin Center for Education Research focused on creating novel approaches and computational tools to improve the teaching and assessment of complex thinking. 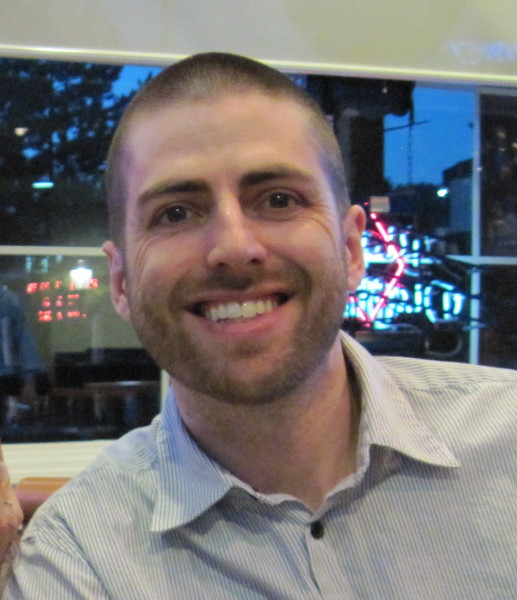 “Every land-use decision has impacts,” Ruis explains. “The extent to which you prioritize different impacts is a social question. It’s about what people value and what they care about. The simulation is designed to model that.”

Funded by a four-year, $2 million grant from the National Science Foundation received by David Williamson Shaffer, the Vilas Distinguished Achievement Professor of Learning Sciences in the Department of Educational Psychology and director of the Epistemic Analytics Lab, iPlan is designed to advance informal learning in science, technology, engineering and math (STEM) for teenagers.

“Simulations like iPlan,” Shaffer explains, “make it possible for kids to explore and solve real-world problems, both in and out of school. It’s a powerful way to get kids interested in STEM and the role STEM professionals play in society.”

Early tests suggest it’s doing just that, especially for students who otherwise can be hard to reach, says Julia O’Hara, a teacher-naturalist with Mass Audubon, the largest nature-based conservation organization in New England. Headquartered in Lincoln, Massachusetts, the organization offers nationally recognized environmental programs for adults and children in schools and other sites across the country. 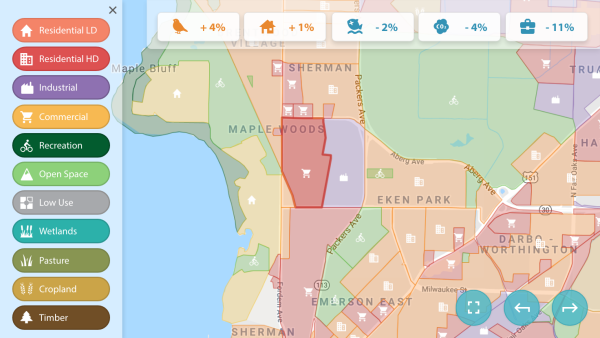 iPlan model showing land uses and impacts on an array of socioenvironmental factors such as housing, bird life, jobs and carbon dioxide emissions for several neighborhoods in northeast Madison

“We’ve noticed that learners who don’t do as well with tests and books tend to do really well with iPlan, which is really great,” says O’Hara, who’s been using Mass Audubon’s connections with educators to get the game into classrooms in several states and train instructors to use it since January 2021. “Teachers seem to love it, and they do mention that they would want to use it again.”

But iPlan is not just for educational contexts, Ruis notes. The game also could be used for outreach and information-gathering by local governments or nonprofits, or by anyone who has traveled through a town and wondered what the area’s land-use map looks like – or could look like.

“For literally anywhere in the contiguous U.S., you can get a model and have it be accurate enough for educational purposes and for outreach purposes,” Ruis says. “This was designed to introduce lay people to land-use planning concepts and practices, to help them understand the relationships and trade-offs between land use and various indicators, and to be able to do so in their local environment. And it’s also fun to use.”

To mimic the give-and-take dynamics inherent in real land-use planning, iPlan players present their land-use changes to a slate of virtual stakeholders – including neighborhood groups, business owners, and environmental activists – programmed to advocate for different priorities and provide feedback on proposed changes. The goal is to balance the needs of diverse stakeholders with different and often conflicting priorities.

“What you’re trying to do is figure out how to make land-use changes that make as many of those stakeholders as happy as possible, knowing that the odds of being able to satisfy everyone are virtually zero,” Ruis says. 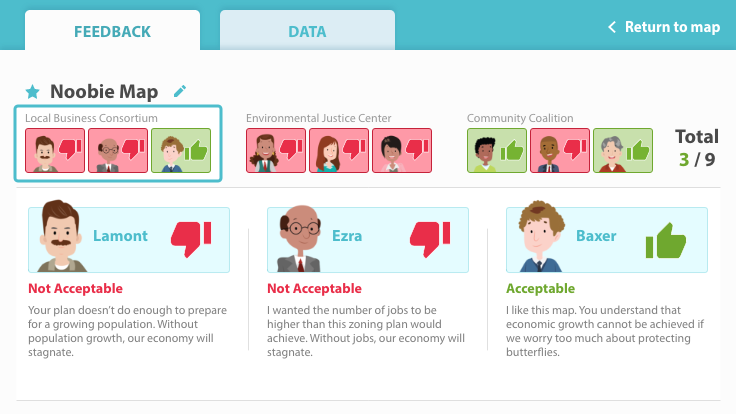 In this way players can tackle complex land-use puzzles, such as how to increase housing while decreasing greenhouse gases to address population growth and climate change at the same time. Designed for use on smart phones, laptops or tablets, the game can be played online here and is available for educators with a quick-start guide and curriculum catalog here.

Developing stakeholder feedback was an element that game builders tried to make as realistic as possible. They wanted the game to be fun but not cartoonish, so they gave stakeholder characters their own names, jobs, bios and avatars, while ensuring the scripts written for the characters were not robotic or simplistic.

“It can be a little challenging, because there’s not really anyone who’s going to come to a town hall meeting and say, ‘I hate birds,’” Ruis notes. “But there are lots of people with different goals who want environmental restrictions eased that are in place to protect bird populations or other wildlife.”

Teachers who tested the game in their classrooms say they appreciate the game’s true-to-life bent.

“The iPlan tool is a very realistic modeling tool,” a teacher from New England told game designers. “It was easy to use for both me and my students, and it allowed each student to engage with the model at their own level. I had been struggling to find ways to teach about ecological restoration, and its implications at the local level, that show kids real-world applications, and this tool really helped me do that.”

At most schools, teachers use iPlan to create a model for students that shows land uses in their own town or city.

“Research shows learning is better when it takes place in people’s own circumstances, their own backyards, and this is particularly true in environmental science,” Ruis says. “People have a level of investment in their own towns, their own regions, that they don’t necessarily have if it’s just a magic location, or even a real location that has no actual connection to their on-the-ground reality.” 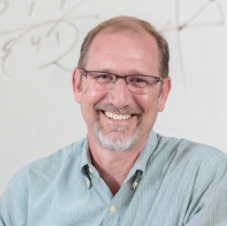 “We heard so much from teachers that it resonates more with their students, or just with anybody, in informal learning situations, if it’s someplace you know, where you live,” agrees Carol Barford, associate scientist and director of the Center for Sustainability and the Global Environment (SAGE), EA’s on-campus partner in the game’s development.

Part of UW–Madison’s Nelson Institute for Environmental Studies, SAGE is known for its expertise with data fusion, or combining unlike datasets using a common set of relationships or assumptions. For iPlan, that meant linking the environmental and other data with the location-based data in the game to develop the key ‘if…then’ models needed to show the impact of different zoning choices on selected factors.

“One of the things I had to represent as part of iPlan was the carbon dioxide equivalent emitted by different land uses,” Barford says. “If you change the land use from residential to industrial in an area, what happens to the CO2 emissions?”

Federal datasets used in the game include the Census and digital land-cover maps from the U.S. Geological Survey. SAGE scientists helped generate the underlying data for the game from those datasets and developed the computational models for associating different land uses with different outcomes.

Beyond classroom learning, iPlan also could be used by nonprofits or governing bodies for public outreach and information-gathering on land-use preferences. 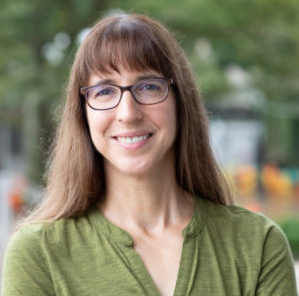 While public and private planners have their own, more sophisticated tools for actual land-use work, a planning department could invite citizens to use a local model of a community produced on iPlan to gauge residents’ opinions on the best locations for future housing or parks or factories, Ruis says. It might also help them appreciate how their choices could be expected to affect environmental conditions and other socioeconomic factors in their town or region.

“It’s a way to engage people in the planning process,” Ruis says. “They get a little bit better sense of what kinds of considerations are involved when you do this. It starts those conversations that can be very useful in a planning context.”

From a researcher’s point of view, Barford sees numerous uses for the game.

“It’s always good to make your science concrete for people,” she says. “And this is a very understandable kind of question – if you change the land use, what happens? The
game is an accessible way to get at things that people are struggling with all over the world.”

Because of the partnership, Barford says it also was fascinating to see and learn about all the work done by others that went into the game, such as developing graphics, programming the game app and doing the mathematical optimizations involved in making the game both realistic and accessible to young people.

“Just listening to all those conversations has been fun,” she says. “None of us could have done this alone, and that’s been really rewarding.”