A new study by education researchers at the University of Wisconsin−Madison shows that proactively addressing students’ anxieties with clear and cost-effective messaging early in the school year can lead to a lasting record of higher grades, better attendance, and fewer behavioral problems for sixth graders embarking on their stressful first year of middle school.

Published this week in Proceedings of the National Academy of Sciences (PNAS), the journal of the National Academy of Sciences, the featured six-page paper by lead author Geoffrey D. Borman traces those benefits to a difference-making change in attitude and positive well-being reported by students after two brief, reassuring classroom activities, known as interventions.

Seasoned with peer success stories and designed to boost students’ sense of belonging, the interventions, in the form of reading and writing exercises, are targeted to ease sixth graders’ fears about “fitting in” at their new schools with a message that the angst they’re feeling is “both temporary and normal,” the paper says, and that help is available from school staff. 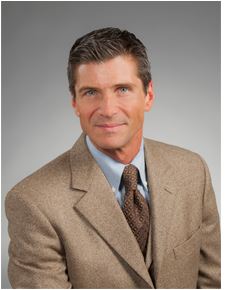 “It’s saying, ‘There’s not something unusual or different about you, but this is just an issue that is difficult for a lot of kids when they make the transition to middle school,’” Borman says. “And that there’s support available, both academically and socially. You’ll make new friends, you’ll discover that you fit in, and teachers and other adults in the building are there to help you.”

Borman, a Vilas Distinguished Achievement Professor of Educational Leadership and Policy Analysis at UW−Madison and scientist in the School of Education’s Wisconsin Center for Education Research, tested his hypothesis in a double-blind, randomized field trial involving 1,304 sixth graders at all 11 middle schools in the Madison Metropolitan School District, a diverse, K-12 system in the state’s second biggest city.

Borman’s research team found that, compared to a control group of sixth graders that received a neutral reading and writing activity, those in the treatment group experienced post-intervention effects that:

The paper spells out the pathway that led to these impacts, as borne out in school records and students’ completion of surveys measuring their attitudes pre- and post-intervention.

“The kids internalized this message, they worried about tests less, they trusted their teachers more and sought help from adults,” Borman says. “They also felt like they belonged in the school more, and because they felt more comfortable, they didn’t act out as often and they showed up more. All of those things explain how this intervention (finally) affects kids’ grades.”

Borman and his team developed the intervention for the study based on prior work by social psychologists and brainstorming internally about what sixth graders need to know to feel better about fitting in socially and measuring up academically in middle school. They also tested the wording and presentation of their proposed messaging with student focus groups.

Existing literature makes clear that the transition to middle school is a high stakes one, Borman notes, with a marked and lasting decline in teens’ academic performance often beginning with a rocky start in middle school. Educators know that the upheavals of moving to a new school are a bad fit with the increased self-awareness, heightened sensitivity to social acceptance and other physical and psychological changes that young teens already are experiencing.

Surprisingly, though, few interventions have been developed to address it, Borman says.

“This is a near-universal experience of young adolescents,” he notes. “They’re forced to make this transition from the more comfortable and familiar neighborhood elementary school, where they were under the care of mainly one teacher, to this much larger school with a larger number of teachers with whom they have to interact and new classmates from around the city.”

That makes his team’s proposed intervention all the more potentially valuable, especially given its low price tag – mainly just printing costs – and its ability to be scaled up districtwide easily.

“Rather than wholesale changes, or closing down all the middle schools, this intervention is a productive, targeted way to help kids more effectively and productively negotiate this transition, and for only a couple of dollars per kid,” says Borman, who now is working on replication studies in two other districts. “Schools could easily replicate this kind of intervention across the country.”