In 2015, Jack Jorgensen and his colleagues were driving back to Madison from the Wisconsin Rural Schools Alliance (WiRSA) Conference in Stevens Point when they had an epiphany. “We realized we were the only individuals representing UW‒Madison,” recalls Jorgensen, co-director of The Network at the time. “It was suddenly so apparent that the School of Education should play a more prominent role in rural Wisconsin schools and communities through research and outreach.”

Since that aha moment in the car, it’s been full speed ahead. Last fall, the Wisconsin Center for Education Research launched the Rural Education Research & Implementation Center, or RERIC (rare-ik)—a first-of-its-kind center in Wisconsin dedicated to improving educational outcomes for rural students, families and schools through rigorous, partnership-based research.

Leading the RERIC team are co-Directors Craig Albers and Andy Garbacz, associate professors of educational psychology at UW‒Madison. It is a full-circle moment for Albers, whose parents still live on 80 acres in Medford, Wisconsin, where he grew up. “It’s given me an extra hop in my step because now I have this personal connection to my work.” Garbacz, too, has a rural background. As a postdoctoral fellow, he worked at the National Center for Research on Rural Education.

In building capacity for RERIC, the co-directors have operated on two guiding principles: establish trust with rural residents and education leaders, and to listen. “We know from Katherine Cramer’s book, ‘The Politics of Resentment,’ how crucial it is to establish trust with rural communities. We’ve made it a priority to talk to people in rural Wisconsin, get to know them and hear their challenges.” Albers says the response has been very positive. “People tell us, ‘Thanks for recognizing that we’re here.’”

According to UW‒Madison’s Applied Population Laboratory, 77 percent of Wisconsin school districts are rural or town districts. However, their unique needs have mostly been overlooked in policy and research, says Jennifer Seelig, RERIC’s assistant director whose award-winning, year-long ethnographic study of a rural school and community in Northern Wisconsin helped inform the approach that RERIC has taken to establishing rural research partnerships.

“Historically, WCER and the School of Education have focused on non-rural schools and communities, which are equally important to study,” says Seelig, who earned her Ph.D. in Educational Policy Studies from UW-Madison. “But through RERIC, we are bringing a renewed vigor and attention to places we have not paid much attention to in the past.” Before joining RERIC, Seelig was a postdoctoral fellow at Northwestern University. “RERIC is the reason I came back to UW─Madison. When I knew this center was opening, I couldn’t imagine missing the boat.” 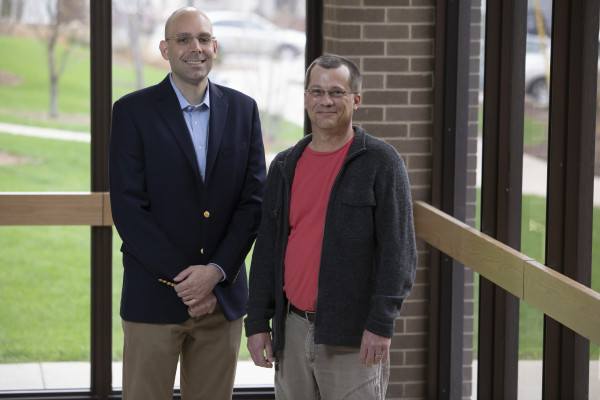 Rural Wisconsin faces many educational challenges. But which ones demand the new center’s most immediate attention? Through focus groups and conversations with stakeholders across the state, the RERIC team has identified five urgent research strands on which they have grounded the center: mental and behavioral health; teacher preparation, recruitment and retention; STEM education; diversity; and research preparation and training.

School psychologists Albers and Garbacz report that mental and behavioral health, which tops RERIC’s “To Tackle” list, is a “public health crisis” and they are leading the charge in this area. Last year, RERIC’s co-directors were awarded two grants to further their work in mental health promotion: a Grand Challenges Transform Competition Grant from the School of Education (FOCUS Partnerships) geared toward prevention and early intervention; and with WCER researcher Bradley Carl, they received a grant from the Baldwin Wisconsin Idea Seed Project to promote mental health in rural communities, in partnership with WiRSA and rural schools.

Ben Niehaus, superintendent of the School District of Florence County, president of WiRSA’s executive board and a member of RERIC’s Grand Challenges project advisory board, is raising a red flag about mental health issues in rural Wisconsin, as well. “We have a dire need for mental health support for students and families, and few resources available.” Niehaus has seen a preponderance of mental health-related incidents with families in his community. “Without help, it’s going to snowball in the wrong way,” which is why he is grateful that Garbacz is working with him to apply for a much-needed mental health grant from the Department of Public Instruction. “We are so appreciative of RERIC advocating for us at a higher level. We cover large areas up here, but our voice is small.”

Collaboration is the cornerstone

When building a distinguished research center like RERIC, collaborations and partnerships become the brick and mortar that hold it together.

As Albers says, “The concept of the center is to bring people together from different areas.” To do that successfully requires a skilled matchmaker like Jack Jorgensen, RERIC’s associate director for outreach and networking. “My role is to make new connections and leverage relationships I have already established,” says Jorgensen, who in his previous role at The Network, facilitated key relationships on campus and with external partners.

One longstanding relationship he developed is with Kim Kaukl, WiRSA’s executive director. “Jack and I have been talking for five years about how to get better research in rural Wisconsin,” shares Kaukl, excited about collaborating with RERIC and Jorgensen again. “People are moving out of rural areas because there aren’t a lot of jobs. If we can work with legislators on rural economic development, it will help people stay in rural Wisconsin and help stem the tide of declining enrollment, which is one of the biggest problems facing rural schools.” According to WisCONTEXT, 67 percent of rural school districts reported a decrease in student population from 2012-2017.

RERIC is also reaching out to other UW System campuses in the state to help support rural research being conducted externally. To date, they have started conversations with System universities in Platteville, Oshkosh, Whitewater and La Crosse. “Driving around and talking to faculty at other schools to engage them in the work that RERIC is doing is what I have enjoyed the most,” says Albers, who has also developed a newfound love for roadside supper clubs.

Garbacz is enthused about working with undergraduate and graduate students who show great interest in RERIC’s work. “It’s so fun for me to see excitement among students for rural education and to see the progress we’ve made in expanding the reach of rural education to students on campus. They are the future―the directors and individuals who will one day make decisions about what gets funded,” he explains.

UW–Madison invites teachers from rural schools annually to Teacher Speakout! to share their needs and insights with education researchers.

RERIC is a young center, less than a year old. In that short window of time, considerable progress has been made by the coordinated efforts of RERIC’s core team―Albers, Garbacz, Jorgensen, Seelig and Jackie Roessler, project manager―with the help of a strong contingent of hard-working graduate and undergraduate students.

In the fall, RERIC will sponsor the third annual Teacher Speakout! under the leadership of Seelig. This one-day symposium on campus offers a collaborative environment for the state’s rural K-12 teachers, UW‒Madison’s education researchers and state policymakers to discuss the most pressing education issues in Wisconsin’s rural classrooms.

Co-Director Garbacz is proud of the small successes RERIC is making every day. “We really have something special here. We have tried to do our best, to work really hard and make a lot of strong connections.” He especially appreciates the support he and Albers have received from day one. “We’ve been able to develop this center because of the investment and encouragement from WCER Director Bob Mathieu. And we plan to fully honor the commitment that WCER and the School of Education have made to our rural education partners.”